Macular degeneration is connected with age  and may be described as 21st  blindness epidemic and there are 500000 new cases  yearly .It is estimated  that in Poland the number of new exudative AMD cases amounts to 20000 yearly.

AMD is a disease of eye retina. The retina is a thin paper- like tissue cushioning the rear part of eye interior. Photosensitive retina cells are responsible for converting light into electric impulses, which are sent by optic nerve to the brain for interpretation. In the very centre of retina there is the most important area, the macula, commonly called the spot,  which consists of highest density photosensitive cells- stamens responsible for acute and detailed vision when, for example, when we recognize people` s faces , read or drive a car, etc.
In patients with AMD, the stamens in the area of macula begin to decay ( atrophy ), which causes the appearance of spots in eyeshot and vision is distorted.

There are two different  kinds of AMD : dry and wet / exudative /

Wet AMD appears when faulty blood vessels start to develop  under retina, and  that leads to damage and decay of both photoreceptors and retina pigment epithelium /RPE /, which feed the photoreceptors. At first, appear disruptions Bruch membrane, usually around accumulated druses, and new vessels  begin to develop and grow into the retina That process is called neovascularisation. Those vessels are responsible for distortion on retina surface ; they are very delicate and break easily, which may result in haemorrhage leading to irreversible retina damage like fibrous scars. All these distortions cause impaired central vision, which may be not sharp. Image may be blurred, crooked and obscured by spots of different sizes and brightness.

Both dry and wet AMD may appear at the same time, even in the same eye.
Dry AMD may be in one eye and wet AMD in the other.
Development of disease may be slow or fast.
Wet AMD develops always much  faster than the dry, and in short time , even in a few weeks may lead to irreversible loss of vision.
Dry AMD may lead to loss of vision, not becoming wet.
It is also possible that dry AMD may become wet, already in early stage.

About 8-10% , and according to other sources 20% of AMD patients get the wet AMD. However, in 90% of AMD patients blindness results from improper formation of blood vessels in neovascularisation / CNV /. In most cases. In most cases the progress of disease is so fast that within two years the affected  eye practically  loses  vision.

Worsening and loss of vision may happen very fast, even in days or weeks .Wet AMD constitutes about 10 % to 20%   of all AMD cases , but  is the reason of 80% to 90 %  of practical blindness caused by AMD. All  cases of wet AMD are regarded as advanced cases.

What are the symptoms of AMD?

One must not disregard any vision disorders, or wait till they pass themselves.

In the early stages of age related macular degeneration and also In cases disease development In one eye only, the patient may not notice any symptoms. Additionally, no form of spot degeneration / dry or wet / causes pain . Nevertheless, the ophthalmologist is able to diagnose early of disease before first symptoms appear.

That is why it is essential to have eyes examined so that the disease is diagnosed as early as possibile. 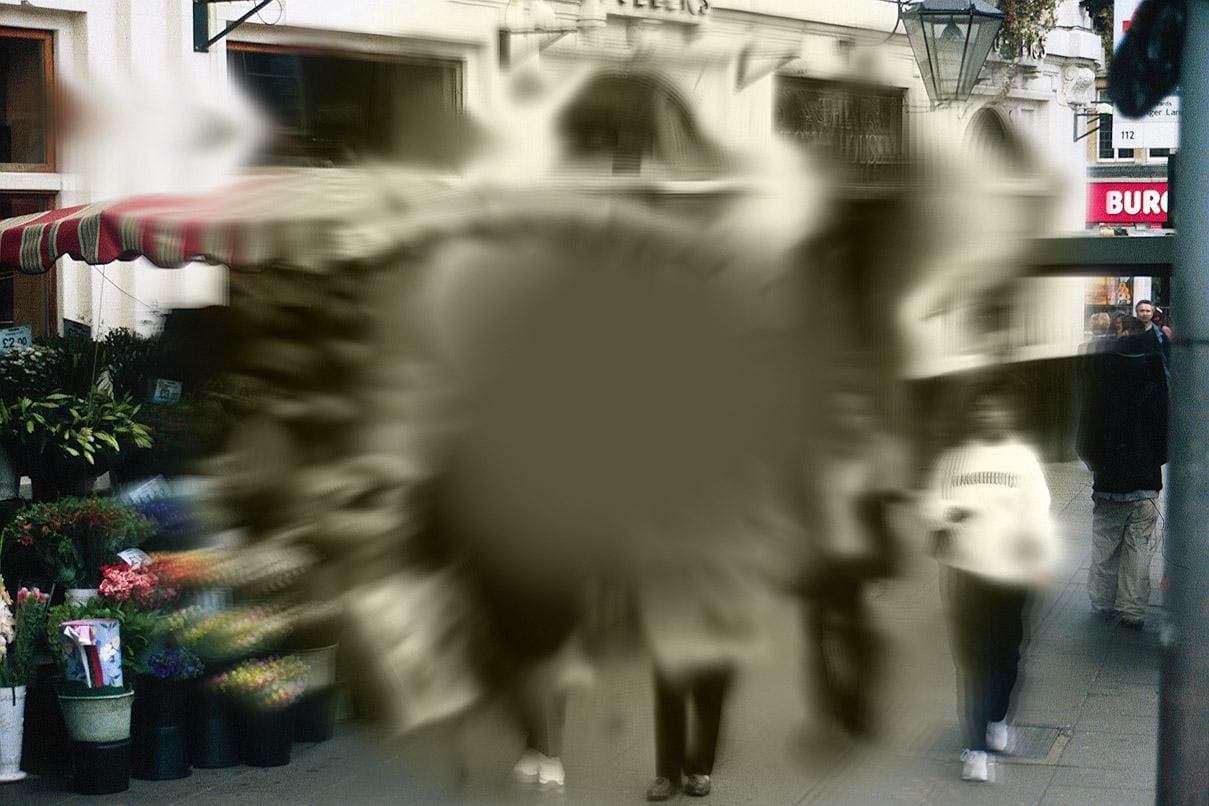 Most frequently, macular degeneration firstly causes not sharp central vision both from a distance and near . The center of image may be blurred or obscured, and the affected area increases with the Progress of disease. The zone of “dead vision „ gets bigger and later come problems  with  recognizing colours  and little details.

Wet AMD , besides, above mentioned symptoms, cause wave image distortion.

Straight lines seem to be wavy or broken, the angles between them are improper when we look at geometrical figures or objects like squared sheet or window frame.

If you notice changes in central vision , you should have your sight and eyes examined by an ophthalmologist in a clinic.
The ophthalmologist  will perform a series of tests to diagnose if you suffer from macular degeneration. Complex eye examinations with the use of specialist equipment is needed.
The examinations may include :

Check your sight yourself !

You may perform  yourself home the  Amsler test, using the  presented on this site one. If the patient has a diagnosed AMD, they should perform the test regularly to check if the sight does not worsen.

Most treatment methods described above concern wet AMD –related to age. It should be stressed that at present there are no specific treatments of dry AMD . However, by applying adequately  prepared vitamins and microelements / AREDS/  we can significantly reduce the risk of dry, initial AMD progress into advanced stage or wet form.

At present, the only registered in Poland and European Union drug in treatment of wet AMD is Lucentis.

Since loss of sight in wet AMD is caused mainly by the increase of improper blood vessels which finally damage the retina , a drug aimed at stopping the progress of disease. Lucentis is a part of antibody, which binds with the increase factor of vessel endothelium /VEGF /  and inhibits its activity. It is believed that VEGF plays a key role in building new blood vessels. Lucentis is injected into vitreous body / vitrous body is a transparent jelly body fulfilling the eye. VEGF is produced continually, therefore injecting of Lucentis   should be repeated.

Decision of Lucentis administration is taken by the  ophthalmologist, retina specialist , who on the basis of performed diagnostic examinations, determines the frequency and schedule of repeated injections. Most frequently, the patient needs 3 injections as the beginning of therapy every month, and then the decision on next injections is taken depending on progress of disease and how effective the drug is. The medical treatment is not very invasive, however , it requires special preparation before it and monitoring after. The injection into vitreous body should be performed in operating room, which is sterile and aseptic to minimize possible infections or complications.

Lucentis stops or slows down AMD progress, which may lead to blindness. In order to obtain possibly best positive treatment effects, the treatment should be commenced early enough and be repeated as needed.