Keratoconus is one of the progressive dystrophies  of the cornea, caused by inborn metabolic disorders.

It is believed that abnormal collagen cross-link structure of the corneal stroma is the reason, which  leads  to thinning of the stroma and corneal distension,  but  peripheral zones are retained. Presumably, changes occur primarily in the basal cell layer of the corneal epithelium.  Secretion of proteolytic or autilytic enzymes   from damaged corneal epithelial cells may result in depolymerization of sulphide connections in hyaluronic acid, which   causes  damage to stromal collagen fibers.

Keratoconus usually manifests itself in the second or third decade of life. By definition, that applies to both eyes and the degree of development is usually different. Some cases of unilateral cone are treated as a state of  different lesion advancement. The disease is progressive and most frequently changes are progressing by leaps and bounds, after which there  may occur differently long lasting periods of stability. Mental crises, hormonal changes, stress may contribute to  disease progression. In over  55 –year old patients, development of changes is usually stopped.

The incidence of disease   given by different authors ,  varies from 1:1000 to 1:2500, however , it is  clearly increased in the areas of “closed” genetically (e.g . in island countries).
Older studies indicate that incidence in women  was more numerous, however, more recent research  shows more in  men.

Munson symptom is one of the subjective symptoms. 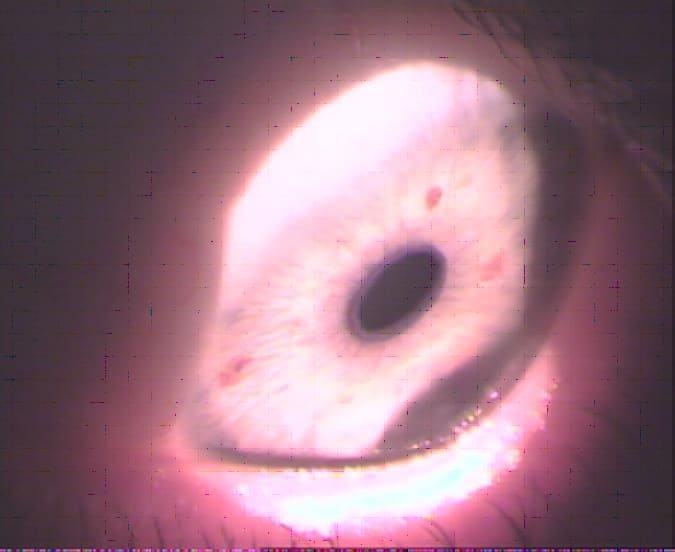 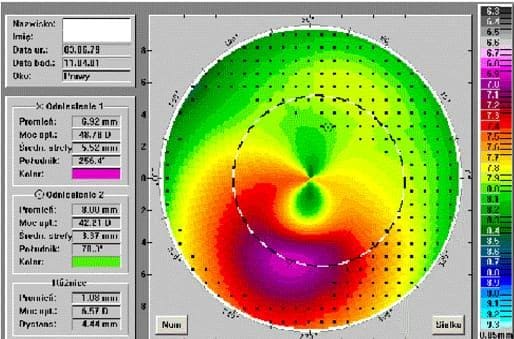 Fig.1 Example of corneal topography with a cone located far on  the circuit. In this examination,  we diagnosed  astigmatism and small Amsler angle in ophthalmometer test of central waves. 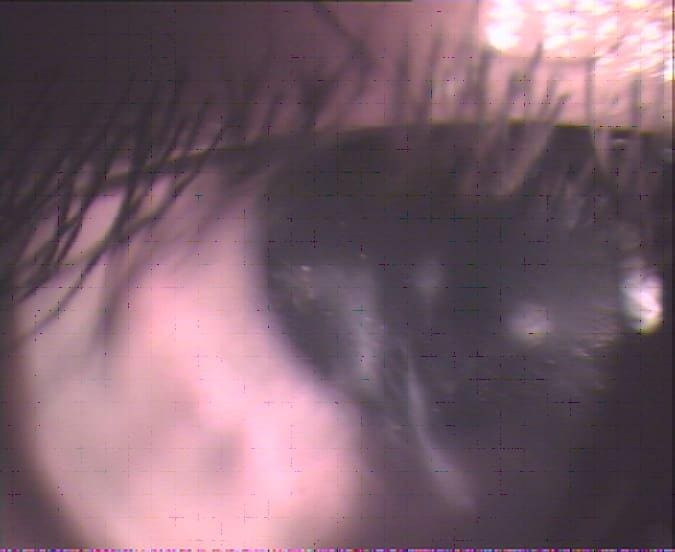 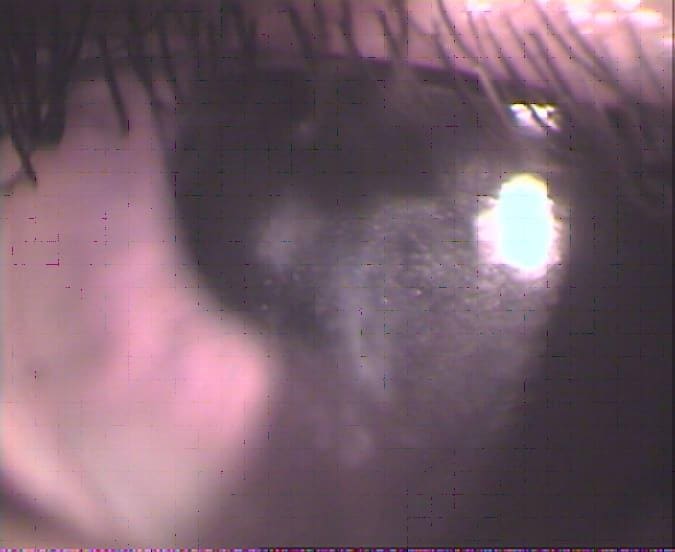 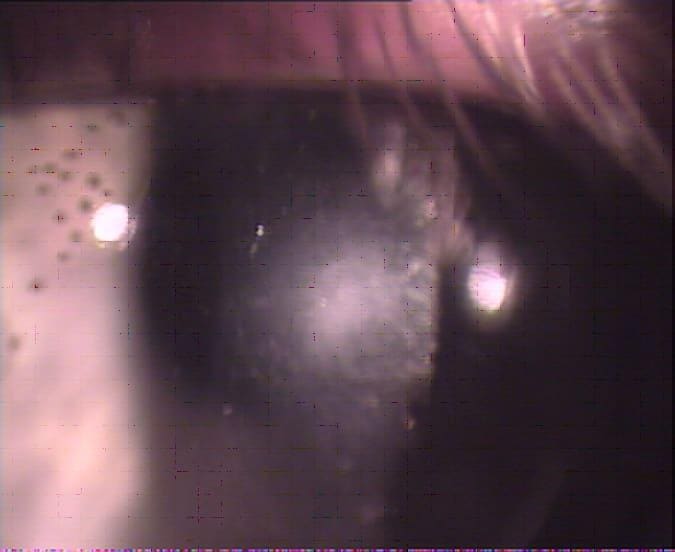 Classification by Amsler – expanded by Dieter Muckenhirna by the cornea cam.

It is used in the initial stages of the cone development , where the astigmatism is not  large and regular enough . It is also effective when the cone is located far away from the optical center.
Further development of the disease necessitates contact lenses or surgical procedures.

Soft lenses Correction with toric soft lenses – theoretically possible, but for the high susceptibility   and the tendency to surface projection   of  irregularities, this method usually does not produce  satisfactory results.

Correction with hybrid lenses and duo systems
In  case of highly irregular corneas in  over- sensitive to the presence of a foreign body in the eye or in the case of “weak” corneal epithelium,  recurrent erosions, hybrid   lens can be selected  or so-called . duo-systems (two corrective hard lenses  and soft carrier – protective).

This solution is seemingly ideal, as it combines the convenience of carrying and good optical correction, but often leads to a decrease of mobility of the lens and dangerous cornea hypoxia leading to vascular neoplasia within cornea. This problem is even greater as it  applies to people who are expected  to undergo penetrating kerato-plastics . For these reasons, the solution should be a last resort. Slightly fewer risks have  duo -systems applied temporarily only when we observe periodic intolerance to  hard lens. 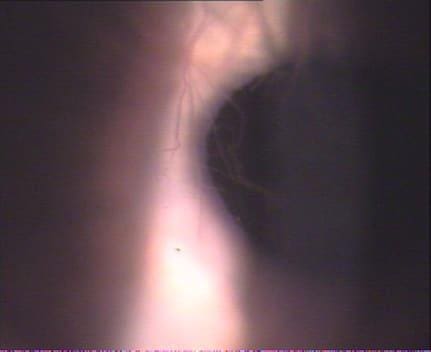 Correction with  hard lenses is the most popular. Full range of spherical lenses , aspherical -curve , specially designed for the correction of the cone are applied . Initially  flat lens  were fitted so as to squeeze the cone summit . Today there are alternatives in the form of  ClearKone hybryd lenses , which  have a rigid part that protects the corneal epithelium , but due to the soft part of the lens and  tendency to suction , they  have limited application .

Fitting  without touching the top of the cone , which is used for maximum protection of the cone , also cannot be widely applied because of the minimal improvement in visual acuity and too little mobility of the lens with a tendency to aggregate within the top of  product  metabolism  taking place  during hypoxia ( hypoxia ) . That  additionally worsens the condition of  the already  affected cornea.

Contour three-point  fitting  is now the most recommended ,maximally  parallel to keratoconus . It requires the use of a variety of lenses from different manufacturers, often individually modified for a given case. It  is very desirable to  use of  topography of the cornea, which not only speeds up the application of lenses, but allows to select the most suitable geometry of the contact lens .